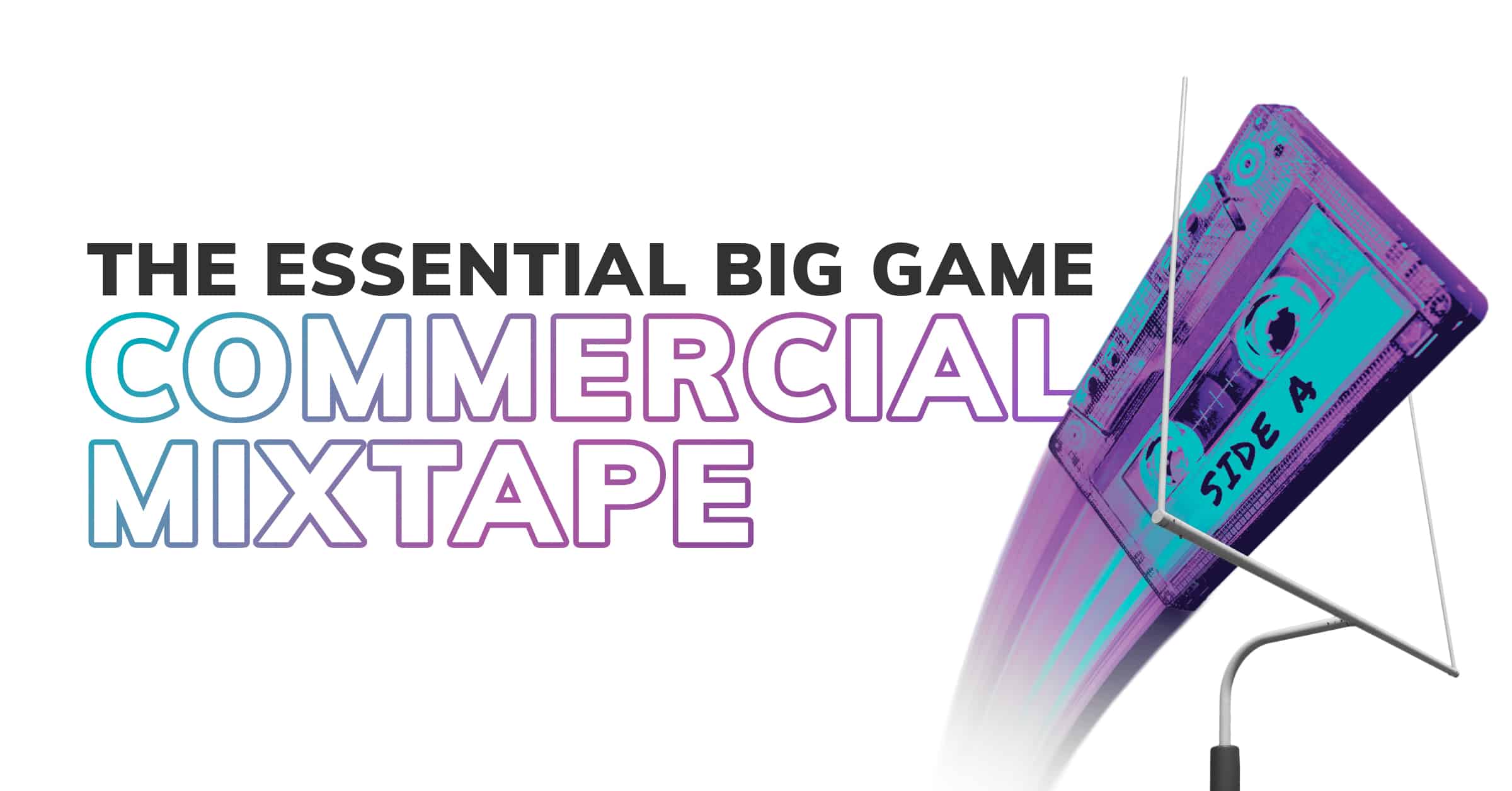 Ahhh, the Super Bowl. That magical time of year when even people who don’t do advertising want to talk about ads (and actually watch them!) and when self-appointed “ad snobs” like myself get to puff out our chest and declare winners and losers on the largest battlefield in the game.

It is indeed a grand stage, and we hope it might embody the best of what we think good ole fashioned television advertising has to offer to us humans on the couch.

And every so often, when the stars align and the wind blows just right and you squint your eyes, it really does deliver some gems.

What follows is a collection of such gems we’ve found noteworthy over the years, in that it might be a bit of fun and perhaps even offer a light diet of creative revelations along the way.

I should note, absent here are the usual suspects with Michael Jordan and Cindy Crawford and Mean Joe Greene and so on. We all know about those. Instead, we revisit the ones that always seem to pop-up in our brainstorms as sources of inspiration, so they might continue to spark ideas and form the way we think and talk about creative and what makes it good and memorable today.

I know everyone’s busy, so we’ll do this in two installments as we gear up to game day on February 7th by playing SIDE A this week and then SIDE B next week.

With that, let us embark!

This spot is brilliant in that it tells a heartwarming story all through the simple and relatively sterile interface of the product, thus striking the ever-elusive balance of emotion and “in-your-face” product promotion (two cosmic forces that typically exist at polar opposite ends of the universe). It ran in 2010 and is really the first ad I recall seeing from Google. But perhaps the most striking thing as it aired was how distinct it felt from the overblown sea of sameness with its simplicity and charm.

Okay, this is the George Costanza of Super Bowl spots. At first, it’s a little irritating, but after a few times, it just gets stuck in your head. In the days that followed its airing last year, the rate of attempted Boston accents skyrocketed around the office, and I’d be lying if I said my dreams weren’t haunted by the endless refrain of “Smaht Pahk” and the evil laughter of John Krasinski and Chris Evans and Rachel Dratch and Big Papi. Nevermore. Nevermore.

Even after all the talking frogs and puppy-monkey-babies and office linebackers, no Super Bowl spot has made me chuckle quite like this taut medical thriller from Goodby & Silverstein in the year 2000 (it still holds up remarkably well too). It falls into a creative category I like to call “Literal Figures of Speech” in which silly common expressions are imagined with ridiculous literalness and cinematic flare. What if pigs could actually fly? What if hell actually froze over? This category shows us what that magical and amazing world looks like — and while that world may not be attainable the featured brand or product always gives us a worthy substitute. Geico really likes to mash this button and you only have to go to #4 below to find another fun example.

Holy kittens, they really had some fun with this one. Probably a little too much fun if I’m being totally honest, as I still have no earthly idea what EDS is or does… or was? I’m guessing their CEO had a cat though. But let’s just put all that aside and enjoy the empty calories; like the thundering kitty stampedes and the sweeping aerial migration shots and the grizzled catboys comparing scratch marks. It is the Super Bowl after all.

You’ve reached the end of SIDE A.

Stop by next week when we flip it over to SIDE B!